Cryptocurrency Logos – What Do They Mean? 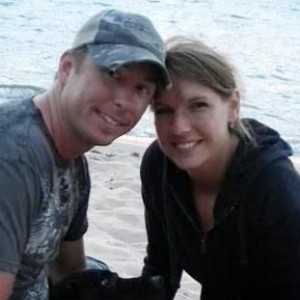 Logos are designs that show the symbol of organizations. They are graphic symbols, marks, signs or emblems that represent a company, organization, industry etc. They are mainly designed for identification in order to promote public awareness and recognition.

They can be in the form of texts, words, image, or a combination of either of these etc. They are composed of colors, shapes and fonts which are chosen by a set of people. Logos are used to pass information across and also to persuade the public. The color, shape and typeface send an immediate message about your brand personality.

These logo designs can influence the decision of people to either invest in one or not. They help people have a better understanding of the type of cryptocurrency they want to opt for. Cryptocurrency logos can be said to be a type of branding which helps in distinguishes one virtual currency from another.

There are over 1300 cryptocurrencies in our world today, each with its own distinctive logo; let’s have a quick look at some of them.

Note: These logos are not arranged in any specific order.

Top ten Cryptocurrency logos and how they are designed

This is the most recognized and well-known cryptocurrency. The B symbol was first released on February 24th, 2010. Paint Shop Pro 7 originally created it. The idea behind the logo was to create a symbol that people could duplicate accurately using exact sizes and ratios.

Around mid-October 2010, Bitcoin improved and remade their logo. Since Bitcoin started, different logos have been introduced, a bold falling serif B (which consists of two vertical dashes that intersect it). It is the most popular logo so far.

The idea behind the B symbol for Bitcoin is not new; many fonts can be used to display the B symbol. The “B” is on an orange circle which makes it look like a coin. Bitcoin logo has a unique color which makes reference to a coin; it is simple, bold and extendable.

This is a cryptocurrency that is well secured and accessible to everyone as broadly covered in https://www.abitgreedy.com/monero/ . Your account is safe and kept private. The Monero logo is “M”. It is a monogram with a white colored M whose ends extends to the circular sides. The M cuts the circle into two parts, and the color separates it. The upper half is orange in color while the lower half is grey. It was designed and created by Rantjack. The logo is very distinct and simple.

Litecoin’s symbol is the first letter of its name- the letter “L”. It intersects with the line in the circle which makes reference to a coin. It has a good balance between the symbol and wordmark.  Litecoin is a peer-to-peer cryptocurrency. The” L” which has a stroke is very distinct from every other cryptocurrency symbol. Its wordmark font is light while the symbol is bold; the color of the symbol is grey which reflects a poor impression.

This blockchain technology has a unique logo which has three dots in its symbol. Ripple’s logo is very modern and simple. It consists of three dots radiating from a center. It makes use of three colors namely blue, teal gradient and dark grey. The redesigning added color and life to the logo which helped with balance. The circular shapes made it more independent which makes it different from other cryptocurrency logos.

The Iota logo uses circular shapes to keep up with the trends in the crypto world, unlike other cryptocurrency logos that uses circles to make reference to coins. The logo is very simple, and the futuristic brand is invoked by the use of a minimalist typeface.

Just like Bitcoin, Ethereum logo design is mainly colored in silvery blue. The logo creates a triangular shape with a grid of repeating lines. Ethereum has an outstanding symbol with vibrant colors. It was created by Texture and Vitalik Buterin. It is one of the best cryptocurrency logo designs.  The logo icon and font makes it complementary.

Dash was coined from two words namely: Digital and Cash. The logo is set in a Custom typeface, unique enough to make it have a distinctive look. Dash was launched in 2014 and was originally known as Darkcoin. Dash logo cannot be transformed just anyhow; it has a different copyright license, unlike other cryptocurrency logos which have an open source. If its logo is remixed or transformed by anyone, the person’s contribution must be distributed under the same license as the genuine. The letter “D” makes it special, so is its universal blue color.

The NEM logo is a very colorful three-armed symbol.  It has Helvetica-like typography, i.e. a typeface in which characters have no serif. The three-arm symbol with vibrant colors gives it its attractive look. The symbol consists of three lines radiating from a Centre, like a triskelion. The logo has bold and simple typography. NEM was launched on Mach 31st, 2015, and designed to be a blockchain technology for business purposes.

Zcash was launched in 2016 as an open-source cryptocurrency that offers transparency where transactions are published and recorded on the blockchain. Zcash logo looks like that of Bitcoin at first glance in terms of its color, shape and typeface. The “Z” which has a dash on both ends, is inscribed in an orange circle.

Augur’s logo is modern and very simple. The logo is pyramidal in shape which makes it very peculiar; its icon utilizes a 3D design (usually flat).

Logos are very important; they give out distinctive expression about a particular brand. In the crypto world, ensuring a cryptocurrency or ICO is properly branded is a very vital part of gaining trust from investors and users. Thanks for taking out time to read this article.